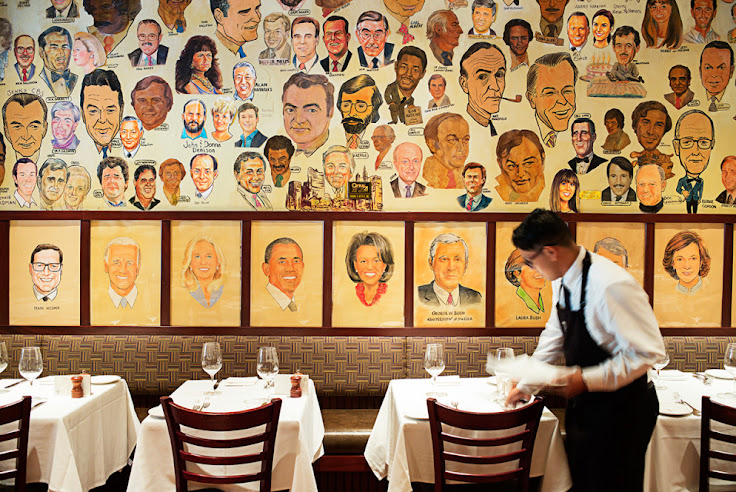 Washington DC runs on power lunches, bar room dealings and martini negotiations. Chefs have engineered a collection of the restaurants near the Capitol and White House to serve as the perfect environments for lobbyists, congresspeople, senators, lawyers and media bigwigs to wine and dine. Join us on a walk of some of the most patronized political stomping grounds and hear the stories behind them. Along the way, we might just rub shoulders with the movers and shakers of Washington politics.

Heroes of the Past: From the Washington Monument to the Martin Luther King Jr. Memorial 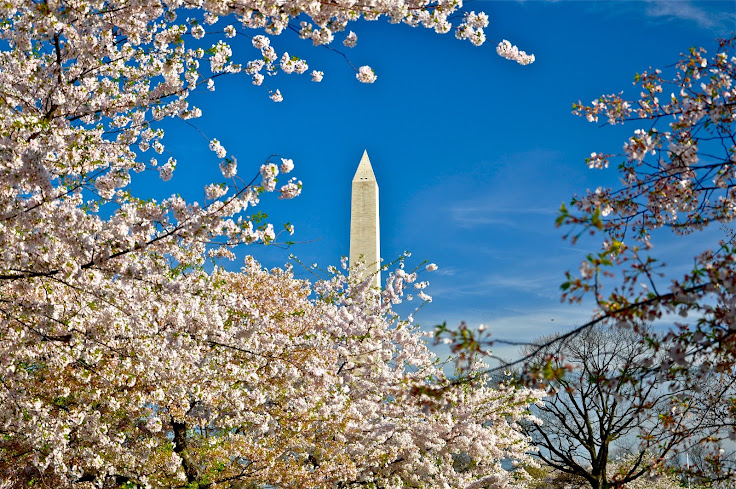 Heroes of the Past: From the Washington Monument to the Martin Luther King Jr. Memorial

Washington is a city well known for its commemorations to presidents, prominent leaders and wars won and lost. Come stroll from the Washington Monument to the cherry blossom path around the Tidal Basin to visit awe-inspiring vistas and historic tributes. By the end of the walk, you will have gained a comprehensive understanding of the city and a greater appreciation of American martyrs, heroes and institutions. This walk pairs nicely with my "Heroes of the Past: Tributes from the WWII Memorial to the Lincoln Memorial" Sidewalk.

Heroes of the Past: Tributes from the WWII Memorial to the Lincoln Memorial 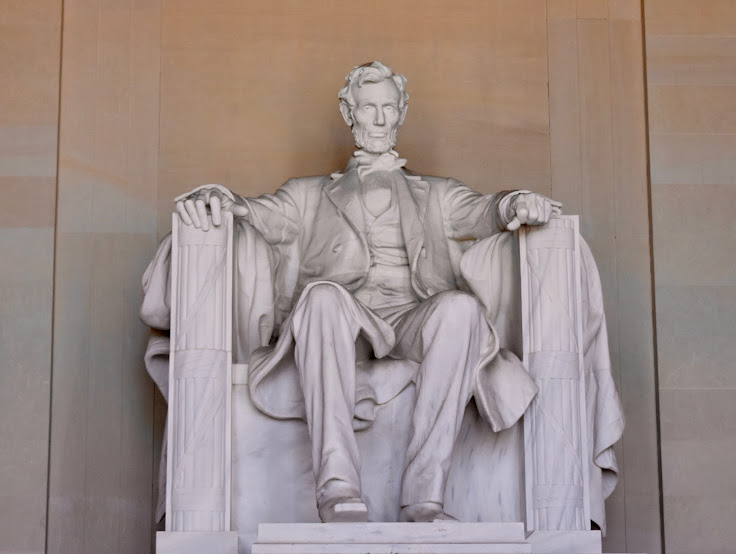 Heroes of the Past: Tributes from the WWII Memorial to the Lincoln Memorial

1 hour and 30 minutes
Guided by Gil

Washington is a city well known for its commemorations to presidents, prominent leaders and wars won and lost. Come join this walk of DC's most important monuments and key buildings along the tree-lined paths of Constitution Avenue. By the end of the walk, you will have gained a comprehensive understanding of the city and a greater appreciation of American martyrs, heroes and institutions. This walk pairs nicely with my "Heroes of the Past: from the Washington Monument to the MLK Jr. Memorial" Sidewalk around the Tidal Basin. 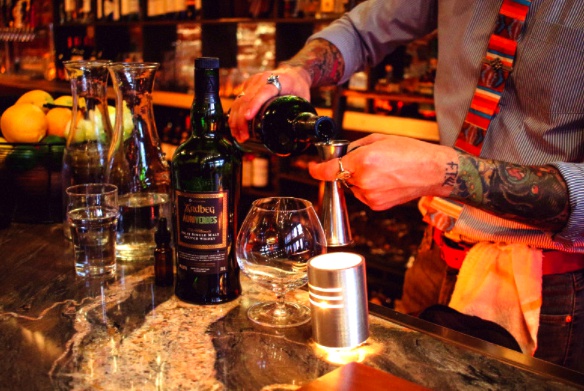 1 hour and 30 minutes
Guided by Corey

Nosh tasty bites and sip savory drinks as you make your way through the up-and-coming U St. Corridor and into hip Adams Morgan. This stroll through the middle of DC's two most-vibrant neighborhoods starts with the iconic Ben's Chili half-smoke, and proceeds to roof-top cocktails, street art, bourbon and falafel. This is the perfect walk to start on an empty stomach with a friend. Some might call this adventure "decadent" or "boozy." I prefer to think of it as the recipe for the best night ever. 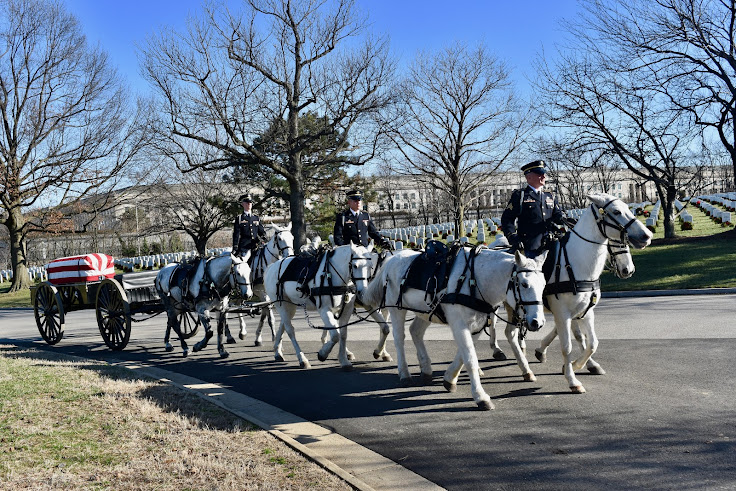 3 hours and 20 minutes
Guided by Gil

A visit to America's premier national cemetery is a must for veterans and history buffs. The large, hilly park of precise tomb markers includes several historic buildings and monuments, as well as commanding views of Washington, DC across the Potomac River. Come see tributes to the heroes and casualties of the nation's conflicts since the American Civil War and gain a sense of the sacrifices made to establish, protect and nurture this country. 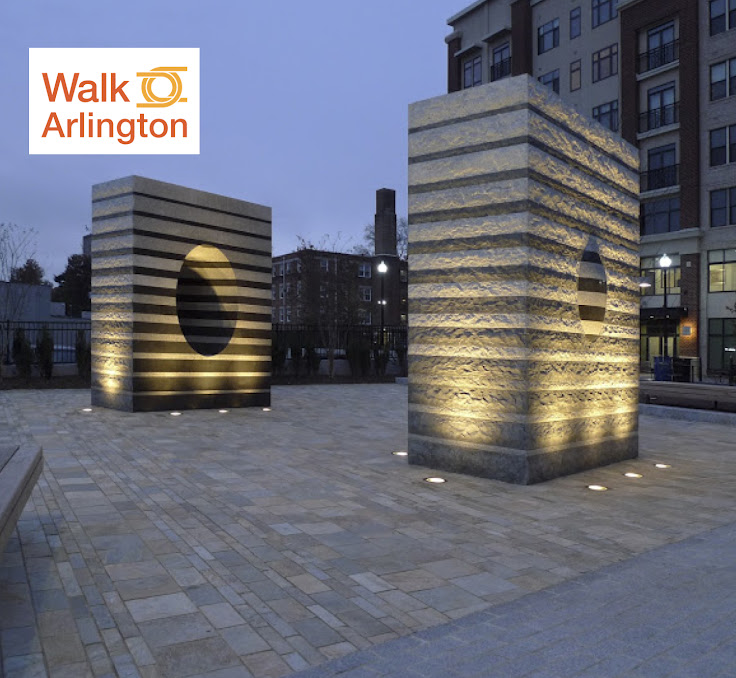 1 hour and 15 minutes
Guided by Mary

Columbia Pike is Arlington’s “main street”: a lively and character-filled neighborhood brimming with diverse cuisines, welcoming public spaces, historic landmarks, and terrific photo opps, including an old Art Deco movie theater, a classic diner, and a bridge that marks a stopping point for former enslaved people embarking on new lives. This walk explores these and some of my other favorite stops along The Pike that are good for photographing. It ends at the U.S Air Force Memorial, which is the perfect spot to linger and take in views of D.C. 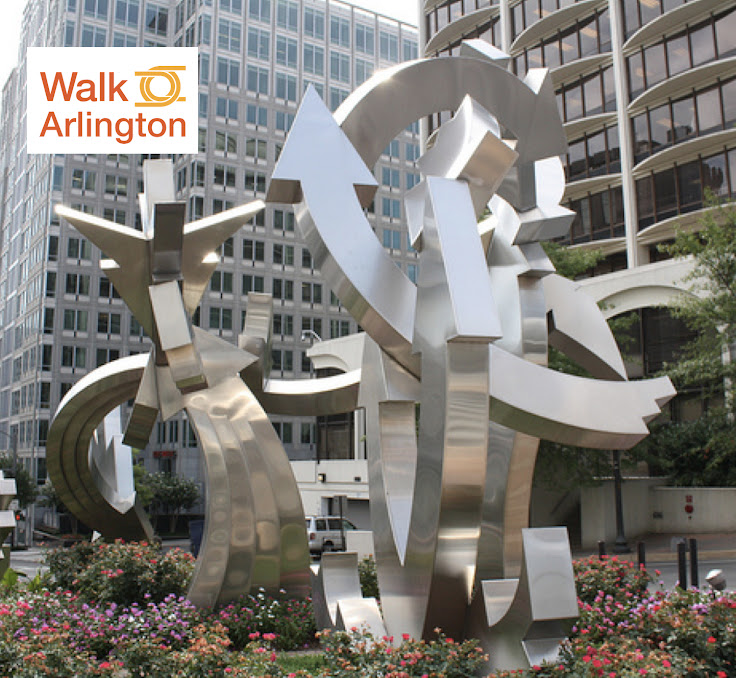 Rosslyn has served as a Gateway into Arlington dating back hundreds of years, when Awbrey’s Ferry took passengers across the Potomac from Georgetown. At that time, Rosslyn was most known for its seedy reputation and numerous brothels—but how things have changed! Metrorail arrived in the late 1970s, cementing the area as a transportation hub. On this Sidewalk, you’ll experience Rosslyn’s majestic vistas, bold skyscrapers, and cultural attractions. 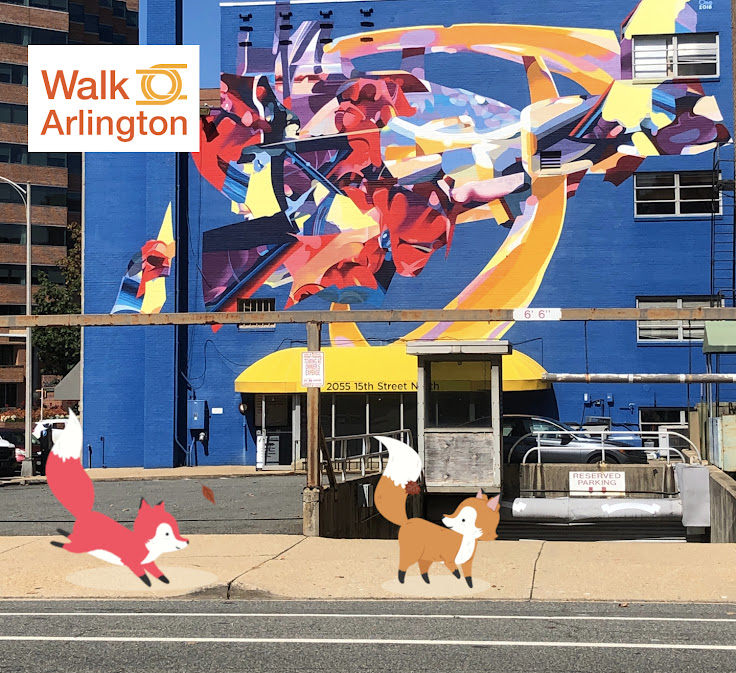 Join Focus the Fox and his cousin Clara as they explore Courthouse in Arlington. This short walk is perfect for early elementary-age children to do with a grown up. It features places of interest in the Courthouse neighborhood of Arlington that are fun and welcoming for a child. 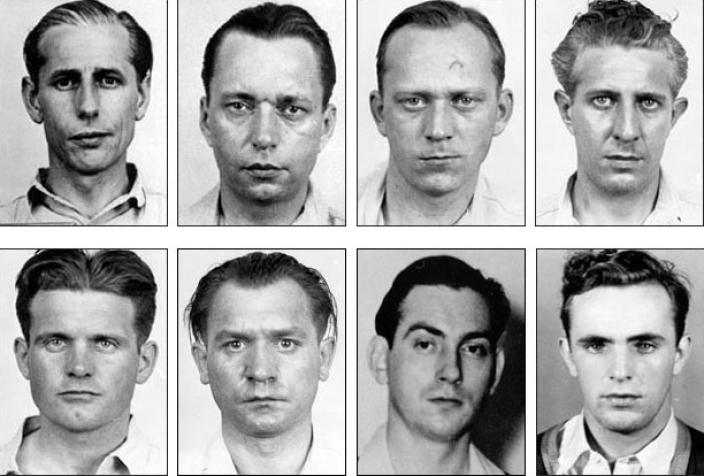 1 hour and 15 minutes
Guided by Jason

Ciphers and dead drops, double agents and black ops. Since its founding, Washington DC has served as a city of secrets and spies. Among DC's embassies, agency headquarters and meeting spots, are stories of espionage and betrayal. Join us on a walk just steps from the White House to discover a clandestine shell company operated by the CIA, the Soviet spy headquarters and the home of the nation's modern-day spycraft. Along the way, we'll introduce the heroes, traitors, seducers and saboteurs that fuel the city's intrigue. 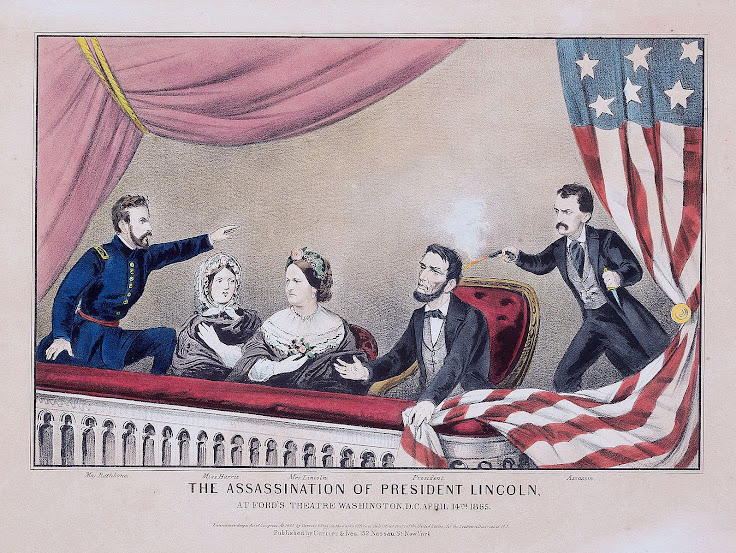 On what was supposed to be an evening of comedy and theater exploded into a tragedy and three-part attempt to overthrow the US Government. Cloaked in mystery, treason and conspiracy, the assassination of President Lincoln shook the country to its core. Journey back to 1865 to meet the characters and follow in the footsteps of the 16th president's final hours. Along the way, we'll visit the headquarters of the Confederate assassins, the sites of the murder attempts and the house in which Lincoln died. 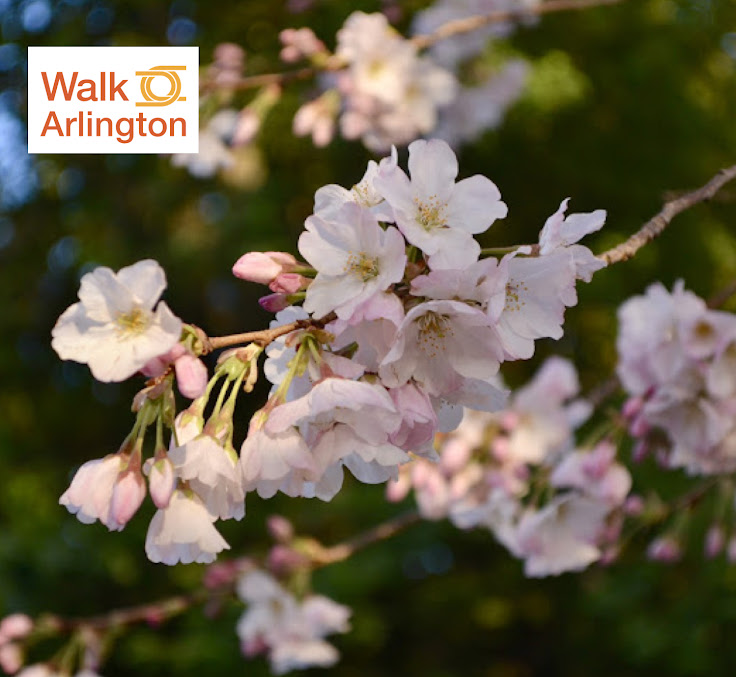 Cherry blossom season in the D.C. area is a wonderful time of year, and taking in the blossoms is a beloved tradition. WalkArlington has created a walk featuring a few of our favorite locations in Arlington where you can appreciate the blooms and enjoy all that springtime in Arlington has to offer. Join me to experience these blossoms and some other hidden gems in the Arlington neighborhoods of Ballston and Cherrydale. 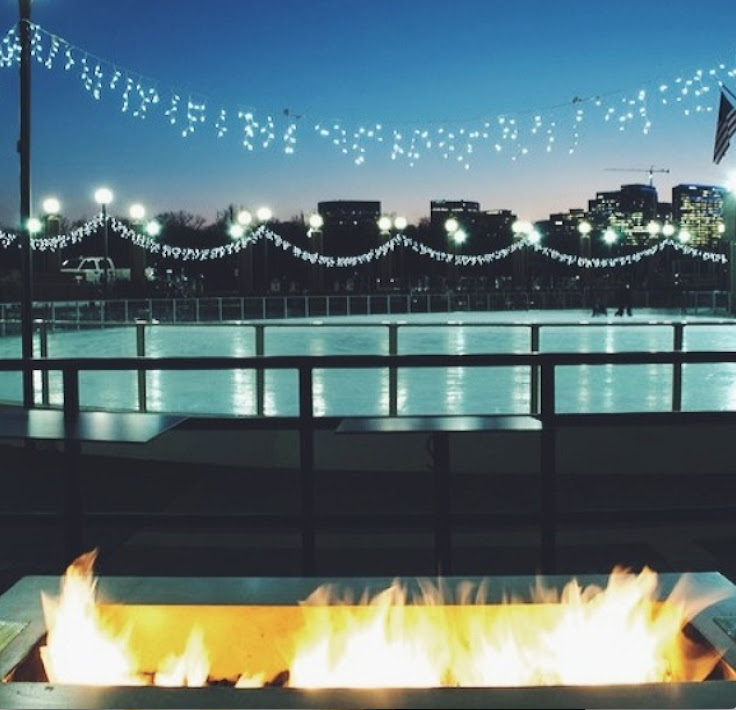 Some of my favorite spots in Washington DC are on the west side near the Potomac River. I put together the perfect stroll for you, whether you are on a date or out with friends. We start with drinks and vistas of Capitol Hill from the roof of the Kennedy Center. Then we'll pop over to a scandal-filled luxury hotel before continuing to dinner along the Georgetown Waterfront. From there, we end the night at a piano bar, belting "Don't Stop Believing." This is my neighborhood, so trust me: it is going to be a fun night. Let me show you.

The Insta-Worthy, Tastebud-Approved Walk Of Georgetown 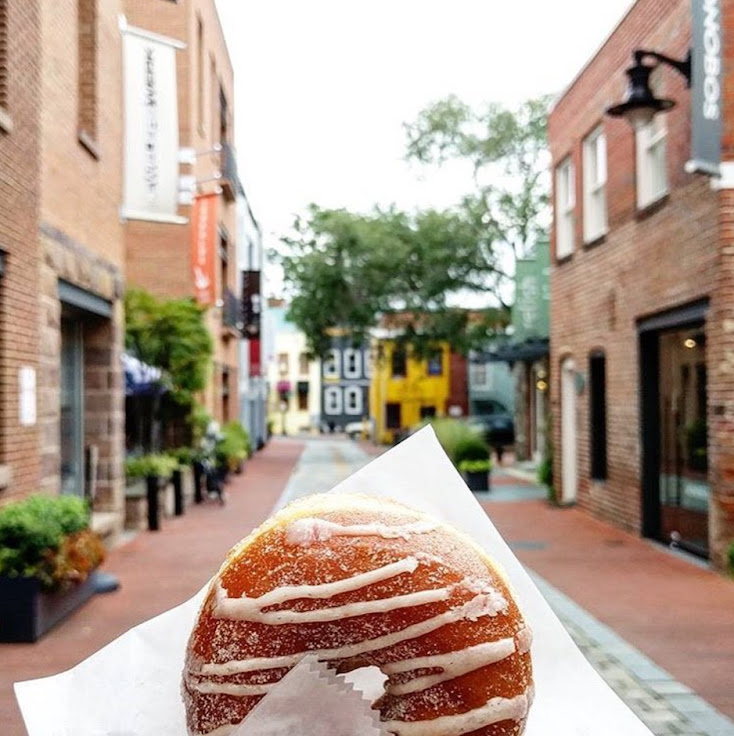 The Insta-Worthy, Tastebud-Approved Walk Of Georgetown

1 hour and 15 minutes
Guided by Brie

Georgetown is arguably one of the most charming neighborhoods in the country. With its narrow, Colonial-era streets, cobble stones, historic canal and hip eateries, Georgetown practically begs to be shared on Instagram. Come on a walk of six picture-perfect spots in Georgetown and I'll even show you a few of must-try pastries and tea shops as well. 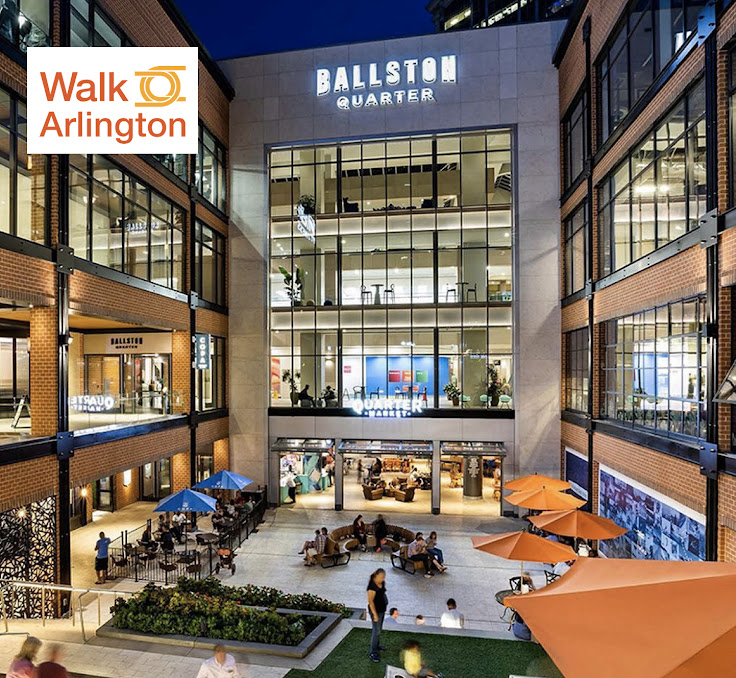 1 hour and 30 minutes
Guided by Katy

Not far from Washington DC, Arlington's Ballston neighborhood is reinventing itself. Home to the Washington Capitals (hockey's 2018 Stanley Cup champions) and technology giants like Amazon Web Services, Ballston in the last few years has grown into a neighborhood where people live, work, and play. This walk will take you through Ballston’s journey of evolution, including visits to mainstays like Quincy Park (Arlington’s ‘Central Park’) and newcomers like Ballston Quarter. 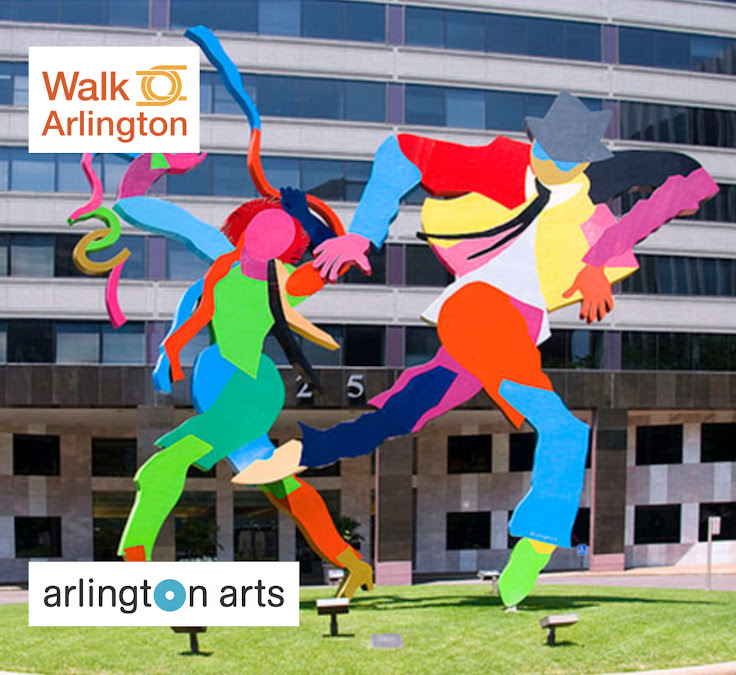 1 hour and 30 minutes
Guided by Graham

Home to more than 60 permanent public art projects, Arlington, Virginia, is a community that recognizes the important role art can play in creating meaningful connections between people and places important to civic life. Walk around any of Arlington’s urban villages and you’re sure to spot a sculpture, mural or other artistic creation. Join Arlington County's Public Artist in Residence Graham Coreil-Allen for a walking tour of Rosslyn to learn about the neighborhood’s celebrated public art and robust network of spectacular public spaces.

Capitol Hill: The Foundation of the Country 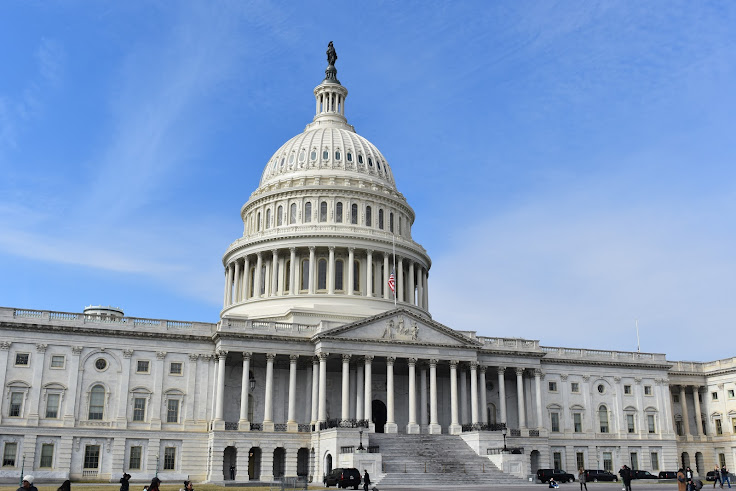 Capitol Hill: The Foundation of the Country

This walk is for anyone interested in national politics and how laws are made and judged. The Capitol Hill neighborhood, and indeed, the entire city, is anchored on the Capitol Building, the home of the U.S. Congress and Senate. Join us as we explore U.S. history, culture and architecture on our walk through federal institutions and fixtures of Capitol Hill.